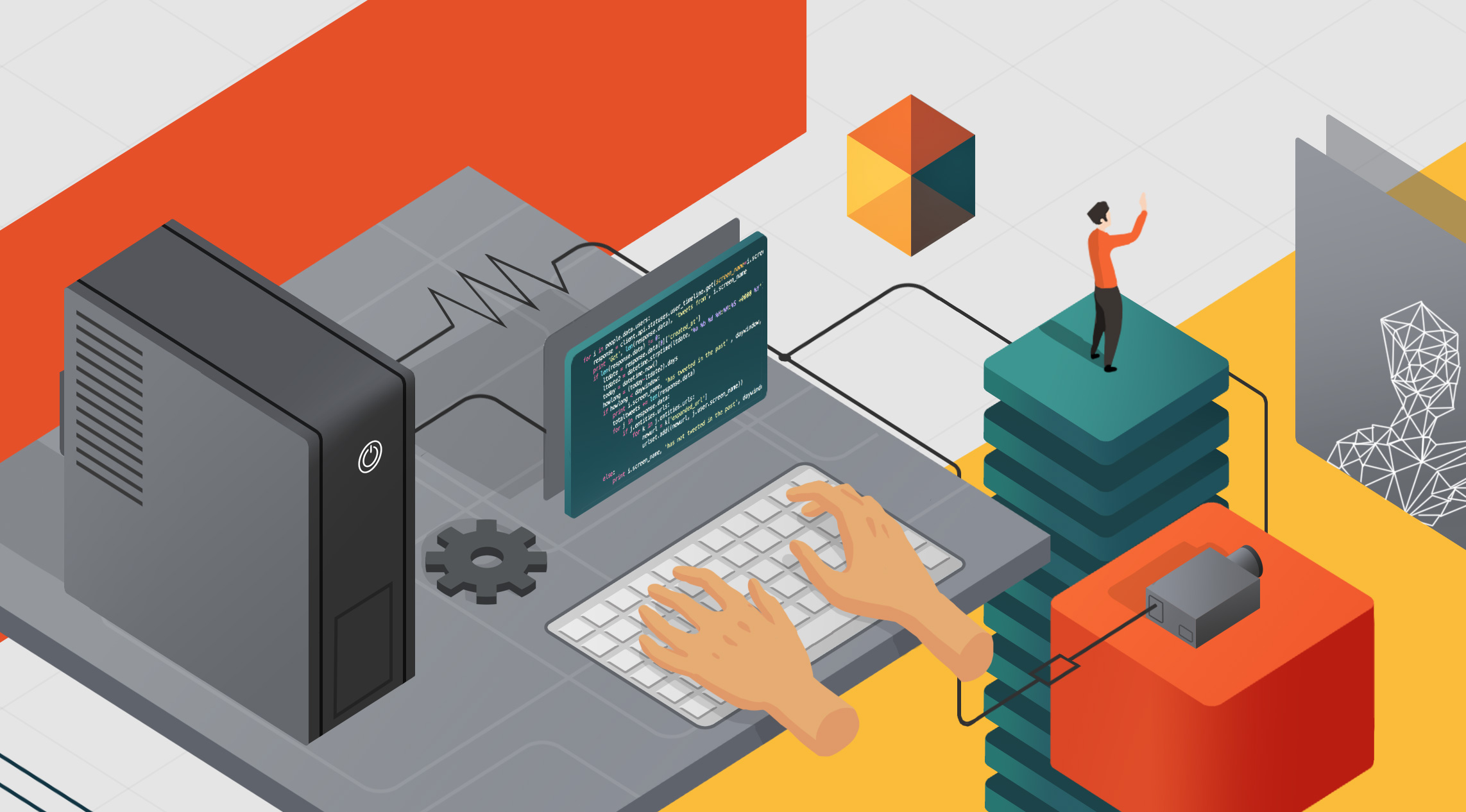 First, a little about how we got started?

About 8 years ago, honestly I’m not exactly sure when, we began having conversations about our future beyond typical website development. It was a 2 part conversation. 1) How do we evolve to take advantage of the talent that exists within L2D? We both needed and wanted to do more than just mid-to-large size company websites, we wanted to build immersive interactive experiences. 2) What can we do to promote active lives and technological literacy? We want people to think, interact and communicate more, not less. With our design and development skillsets, our curiosity with tech hardware and our emerging ability to integrate 3D, immersive exhibits made sense.

What was our first interactive exhibit?

We are tinkerers (is that cliche?) who like to build and play with tech hardware. So when the Creative Discovery Museum (CDM) in Chattanooga asked us if we’d be interested in partnering on an exhibit, we jumped at the opportunity. The task; update their antiquated stop motion exhibit. Once a staple exhibit in the museum, the stop motion exhibit became clunky and vacant as technology advanced around it within the museum.

We made it very clear from the outset that we had actually never done an exhibit before. For them, something new, even if a work in progress, was better than what was currently there. We quickly got to work modeling the space in 3D, and conducting a few brainstorming sessions on the best way to pull it off. We also did some hardware discovery research that led us to what we thought was a perfect solution.

CDM’s internal team of exhibit builders did an amazing job of fabricating and constructing what we created in 3D. We built the app and deployed it on Samsung Galaxy tablets in the beautiful new space. We even had the stop motion movies that were made streaming to screens above the exhibit space so parents and visitors could watch. Everything was great.

However, over time, we began encountering a combination of unforeseen issues. These included network connectivity problems, slightly over-aggressive kids (we vastly underestimated how skilled children were at finding small access points and mangling wires and vulnerable hardware). Despite our tablet enclosures and hidden wires, CDM was having to replace elements every few months. Lesson learned. We owe the maintenance crew at CDM lunch at some point.

Learning from our prior missteps, we began working on a revised version of the same exhibit with hardware with all new, more robust screens, buttons and enclosures to stabilize the environment. All in all, after a little trial and error, we are proud to say that our first interactive exhibit (though more mature) is still standing!.

You can find it on the Google Play store as well — Curtain Call Lite for Android devices.

What else have we done?

About a year after we completed the Stop Motion Exhibit in the Creative Discovery Museum, we were asked to build an interactive touch-screen game for EPB, Chattanooga’s local utility company (famous for installing the first gig network in the country). We took the lessons we learned from the first exhibit and applied them.

For this exhibit we were asked to build a game that demonstrated what a true smart grid can do for the power infrastructure in a city. The Electric Power Board in Chattanooga controls what is referred to as a Smart Grid. You can find out more about what a Smart Grid is here. Our game’s target audience is kids ages 7–13 so our discovery included game research, UX exploration, and a heavy dose of letting kids mess with it.

To prevent the disruption we encountered with the previous exhibit, we beefed up the durability of the display by using Museum grade glass touchscreens from Elo. We have come to rely on Elo and we generally spec them out for any exhibit based projects with touchscreen interactions. The downside is that their infrared touch screens are a bit odd to develop for because they don’t register the same as a normal PCAP touch screens. We find it is worth it for the durability upgrade though. Digital Touch Systems has a good article on the difference between PCAP and Infrared here.

After the Smart Grid exhibit we produced a touchscreen exhibit for Southern Adventist University for their Lynn H. Wood Archaeological Museum. We worked with the University to complete a brief discovery phase to develop UX path and demographic target. The exhibit subject matter was ancient seals that have been donated to the university. Here is an excerpt from their site about the seals:

“Since the dawn of civilization, seals have been widely used from Egypt, Babylonia, to Assyria and other surrounding nations. These seals, were stamps of a hard material such as crystal, stone, or metal with illustrations engraved onto the stone. The seals would cause impressions on wax, clay or any other soft substances, which were attached to documents to prove ownership, or authenticate documents. Today we can learn so much more from these miniature objects then where they came from or who owned them. These intricate illustrations show abundance information on topics and themes that speak on the perspective of their world in that era.”

Developing an interactive exhibit for college age + is very different than creating one for the curious kids at the Creative Discovery Museum. As with any successful UX process, the path to engaging them effectively is combining the knowledge of parties experienced in working with them, discovery explorations and real, target-demographic user tests. All have to be taken with a grain of salt, and extreme outliers (as long as they are a small percentage) can be discarded to prevent the experience from reaching too far into explanatory and not enough on the exploratory.

We’ve found that the way you truly engage visitors is to allow them to explore and discover within a reasonable amount of time. Make sure the key elements are clear, but If you explain everything and nothing is left to ah-ha moments of interaction, the experience will be too dull. However, if you reach too far into the mysterious, you risk frustrating and alienating the audience. Good on-boarding is like a good movie trailer. It reveals just what you need to know. Peaking your curiosity, without spoiling the movie’s plot line.

Since then, we have gone on to develop an exhibits for Astec (again on large touch screens), soon to come an AR experience for CITGO and an in-office Kinect experience for ourselves. Out of the exhibits we have created, we have learned a great deal. Here are some of them in a nutshell:

Conduct a Discovery Phase that includes:

Conduct Brainstorming and wire-framing sessions that include:

This is going to vary for every interactive exhibit. Likely, the location where you are installing the exhibit already has standards outlined. Some things you will need to be cognizant of when making decisions are the following:

These are just a few. We suggest you run through these as a minimum and add a few of your own that best suits the space, application and target demographic.

How do I get started?

Put yourself out there and agree to do something that makes you uncomfortable. Above all, commit yourself to learning. Immerse yourself in it for a while.